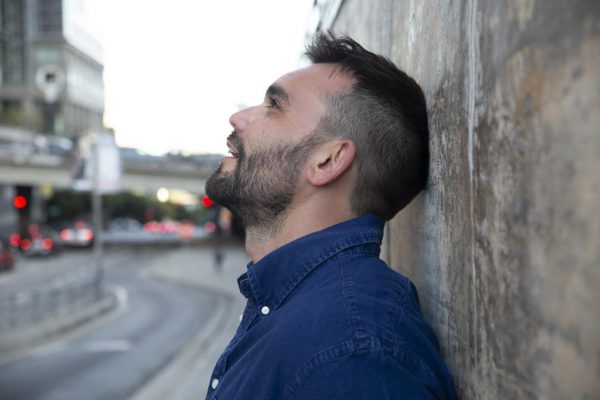 Mr. Aydin is creator and co-author of the graphic memoir series, March, which chronicles the life of the late civil rights icon Congressman John Lewis. Co-authored with Rep. Lewis and illustrated by Nate Powell, March is the first comics work to ever win the National Book Award. The Washington Post heralded the completion of the March trilogy, saying, “The closest American peer, I’ve found, to Maus has arrived.”

An Atlanta native, Mr. Aydin is a Turkish-American who was raised by a single mother and grew up reading comic books. After college, he took a job with Congressman Lewis as digital director  and policy advisor. In 2008, Congressman Lewis mentioned to him the 1957 comic book Martin Luther King and the Montgomery Story and the role it played in the early days of the civil rights movement. Recognizing the potential for a comic on Congressman Lewis’ life to inspire young people, Mr. Aydin urged him to write a comic about his time in the movement, but Congressman Lewis had one condition: that Mr. Aydin write it with him. Collaborating with artist Nate Powell, the March trilogy was born in 2013.

Mr. Aydin’s other works include the Captain America story “Home of the Brave” in Marvel Comics Presents #3 from Marvel Comics, the 2016 X-Files Annual #1 for IDW, and the story “Without and Within” in Bitch Planet: Triple Feature #1 from Image Comics, among others, as well as articles for the Atlanta alt-weekly Creative Loafing and the Southern Poverty Law Center’s Teaching Tolerance Magazine.

Andrew is the co-writer of The March virtual reality immersive experience produced by Time, Inc and released in 2020. Some of his comic works include Batman: Gotham Nights #16 and Titans Together #3 from DC Comics as well as the 2020 Battle for the Vote comic PSA produced in partnership with Rock the Vote.

In 2019, Andrew joined with Kelly Sue Deconnick, Matt Fraction, Valentine DeLandro, and Vaughn Shinall to found Good Trouble Productions (GTP) to produce innovative nonfiction graphic novel and multimedia projects, including Run: Book One, a sequel series to the March trilogy, and Registered, a comic book for the New York City Department of Education about youth voting and distributed as part of the NYCDOE’s “Civics for All” curriculum, as well as “The Long March”, a large-scale custom art installation and online experience for Ben & Jerry’s in Vermont.

A graduate of Trinity College in Hartford and Georgetown University in Washington, he wrote his master’s thesis on the history and impact of Martin Luther King & The Montgomery Story. He often speaks at schools and universities, and he participates in reading programs with incarcerated youth. 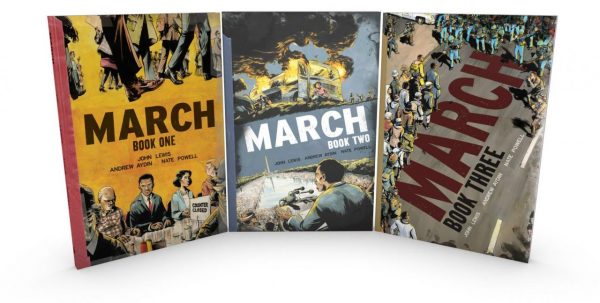