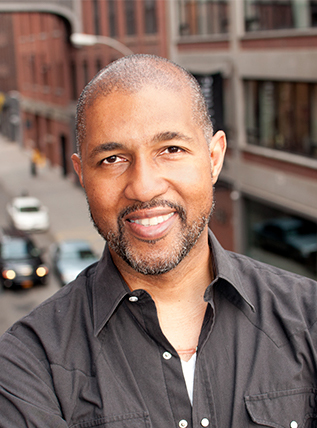 Dion Graham is the narrator for YA author Angie Thomas’ 2021 book Concrete Rose. He is an award-winning and critically acclaimed actor and narrator, and has performed on Broadway, Off-Broadway, internationally, in films, and in several hit television series, including Malcom X, The Secret Life of Walter Mitty, The Wire, Law & Order and The Good Wife.

Mr. Graham has also voiced characters across some of the video game industry’s biggest franchises, starring in World of Warcraft and Star Wars: The Old Republic. His most prominent voice-over achievements, however, center in the realm of audiobooks. He is a critically-acclaimed reader and has been named an AudioFile Golden Voice and a Booklist Voice of Choice. He has been honored with numerous Audie and Odyssey Awards, many AudioFile Earphones Awards, and multiple ALA and Publishers Weekly awards. Mr. Graham has voiced for audiobooks in nearly ever genre, across both hit fiction and non-fiction works, including works from Carl Sagan, Ben Carson, M.D, Eric Jerome Dickey, Dave Eggers, Neil Degrasse Tyson, Shaquille O’Neal, Ellen Oh, and John Walter.