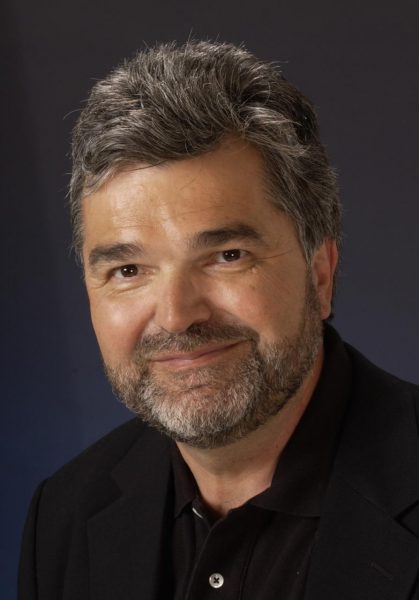 Gastroenterologist, Neuroscientist, Professor in the Department of Medicine, Physiology and Psychiatry at the David Geffen School of Medicine at UCLA, Executive Director of the G. Oppenheimer Center for Neurobiology of Stress and Resilience at UCLA, and co-director of the CURE: Digestive Diseases Research Center

Emeran A. Mayer, MD, Ph.D. is a gastroenterologist, neuroscientist and Professor in the Departments of Medicine, Physiology and Psychiatry at the David Geffen School of Medicine at UCLA. He is the Executive Director of the G. Oppenheimer Center for Neurobiology of Stress and Resilience at UCLA, and co-director of the CURE: Digestive Diseases Research Center. As one of the pioneers and leading researchers in the role of mind-brain-body interactions in health and chronic disease, his scientific contributions to U.S. national and international communities in the broad area of basic and translational enteric neurobiology with wide-ranging applications in clinical GI diseases and disorders is unparalleled. He has published more than 300 scientific papers, and co-edited 3 books. He is the recipient of the 2016 David McLean award from the American Psychosomatic Society. His most recent work has focused on the dialogue between the gut microbiota and the brain, the role of food addiction in obesity, and the role of the brain in chronic inflammatory diseases of the gut.

Mayer has a longstanding interest in ancient healing traditions and affords them a level of respect rarely found in Western Medicine. He has been involved in documentary film productions about the Yanomami people in the Orinoco region of Venezuela, and the Asmat people in Irian Jaya, and has recently co-produced the award winning documentary “In Search of Balance.” He is a strong believer in Buddhist philosophy, was a member of the UCLA Zen Center for several years, and got married in a Tibetan monastery by Choekyi Nyima Rinpoche in Kathmandu. He regularly pursues meditative practices.

Dr. Mayer has been interviewed on National Public Radio, PBS and by many national and international media outlets including the Los Angeles Times, Atlantic magazine and Stern and Spiegel Online. He has spoken at UCLA TEDx on “The Mysterious Origins of Gut Feelings” in 2015, and his 2016 book, The Mind Gut Connection, has been translated into 10 languages.