Jeff Selingo is a New York Times bestselling author of three books. For more than twenty years, his in-depth reporting and powerful storytelling has provided insight about the inner workings of universities and a practical roadmap for higher ed’s future to students, parents, college leaders, and business executives.

Selingo’s latest book, Who Gets In & Why: A Year Inside College Admissions, was published in September 2020 and was named among the 100 Notable Books of the year by the New York Times. It takes readers on a journey through the selection process from inside three admissions offices, revealing what really matters to the gatekeepers and how the ultimate decision is often based on a college’s priorities.

As both an observer of higher education and an insider with an academic appointment at one of the largest public universities in the country, Selingo occupies a unique position to explain this critical and influential sector of the world economy. He writes regularly for The Atlantic, The Washington Post, The New York Times, The Chronicle of Higher Education and is co-host of the podcast, FutureU. His reporting and research focuses on the changing nature of work and its impact on education, paying for college, the financial sustainability of the residential campus, and shifting expectations for what the public wants from colleges.

Selingo is a special advisor for innovation and professor of practice at Arizona State University, where he is the founding director of the Academy for Innovative Higher Education Leadership. He has also served as a visiting scholar at Georgia Tech’s Center for 21st Century Universities. In addition, he regularly counsels universities and organizations on their innovation strategy and storytelling.

Previously, Selingo was the top editor of The Chronicle of Higher Education, where he worked for sixteen years in a variety of reporting and editing roles. His work has been honored with awards from the Education Writers Association, Society of Professional Journalists, and the Associated Press. 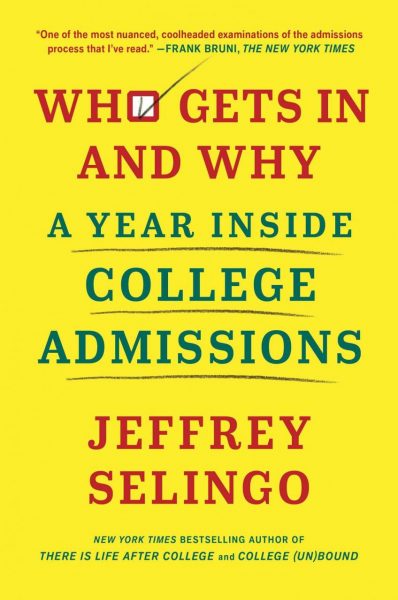