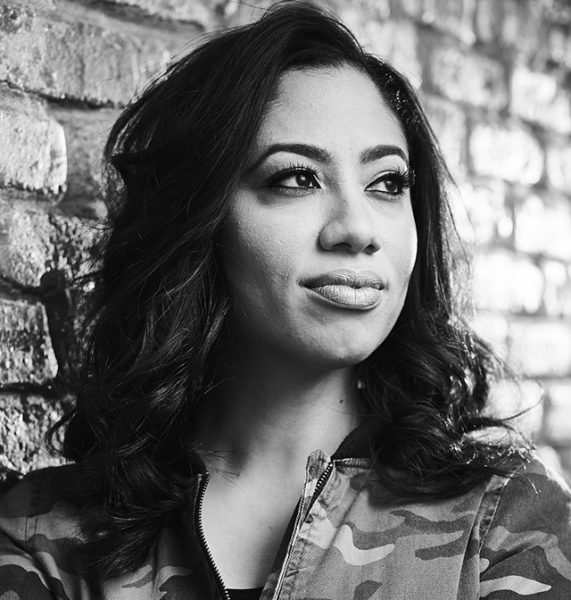 Founder and CEO, Chicago Beyond

From education to activism, Liz Dozier has spent her career working tirelessly to disrupt the culture of inequity that is often pervasive in urban neighborhoods. Her ambition is born from her experiences as a teacher and principal in Chicago Public Schools.

In 2016, Ms. Dozier launched Chicago Beyond, an impact investor that backs the fight against the inequities pervasive in Chicago’s communities. Today, an American child’s zip code is one of the biggest predictors of their life outcomes. For that reason, Chicago Beyond invests in leaders and organizations that are positioned to disrupt that harsh reality, while simultaneously driving towards systemic change so that zip codes are no longer what influences a young person’s fate. Since its inception, Chicago Beyond has invested more than $35 million in local nonprofit organizations and community leaders that fight for all youth to achieve their fullest human potential. Chicago Beyond’s initial investments include programs that strengthen young African American fathers, reduce youth recidivism through employment in the performing arts, and take holistic and trauma-informed approaches to healing and bolstering communities. Beyond funding, the team works hand-in-hand with their investment partners to provide the strategic support and thought partnership they need to achieve their goals and reach more young people. Because there is no single barrier to equity, Chicago Beyond invests in everything from education, to youth safety, to health and wellness, and beyond.

Since March of 2020, Chicago Beyond has launched several initiatives to respond in real-time to the COVID-19 pandemic and movement for social justice in the name of Black lives. Through Going Beyond, the team created a large-scale, hyperlocal distribution network to deliver food and basic necessity items to thousands of families on the South and West Sides of Chicago through community networks and organizations. The Backing the Fight Fund was launched to stand in solidarity with those working on the front lines, and deployed financial resources to 12 hyperlocal community organizations taking action and fighting for a more equitable future for Chicago’s youth and communities. Chicago Beyond also started a speaker series on antiracism that has been joined by more than 100,000 individuals globally and has provided entry points for people with the desire to learn what it means to be antiracist. In 2019, Chicago Beyond published Why Am I Always Being Researched?, a guidebook designed for funders, researchers, and community organizations on how to deconstruct harmful power dynamics when researching communities.

In 2008, Ms. Dozier was selected by Arne Duncan, CEO of Chicago Public Schools at the time and later U.S. Secretary of Education, to participate in a bold strategy for improving Chicago’s lowest performing schools, known as the Turnaround Model. Later, Ms. Dozier became the principal at Fenger High School, at the time known as one of the most violent and underperforming schools in the city of Chicago. Keenly aware of how traumatic events outside of the classroom were affecting her students, Ms. Dozier’s method to turn around Fenger included the adoption of restorative justice and mental health and wellness strategies. Fenger was the first school to institute CARE Teams to surround youth in crisis, and the entire staff at Fenger was trained in de-escalation and trauma-responsive approaches. Ms. Dozier also implemented grief counseling, and anger group therapy sessions for students undergoing similar life experiences. Due to these intensive tactics and new practices, under her leadership the school experienced a decrease in its dropout rate from 19% to 2%, a 40% increase in Freshman On-Track to graduate, and double-digit increases in attendance and the school’s state graduation rate. During Ms. Dozier’s tenure from 2008-2015, Fenger became one of the district leaders in restorative justice, social and emotional learning and academic interventions.

Ms. Dozier’s work has been featured in Paul Tough’s New York Times best seller, How Children Succeed and Harvard Education Press’ Belonging and Becoming: The Power of Social Emotional Learning in High Schools. Ebony magazine named Ms. Dozier one of its “Power 100” and CNN followed her work as a part of its eight-episode docu-series, Chicagoland. Ms. Dozier has been invited to speak about her work at numerous public and business institutions, including the John F. Kennedy School of Government at Harvard University, the Institute of Politics at the University of Chicago, Aspen Ideas Festival, SXSW and SXSW EDU. She also hosted the first-ever Obama Foundation Summit and the Kennedy Forum’s Fourth Annual Meeting on Mental Health Equity.

A National Board Certified Teacher in mathematics, Ms. Dozier holds a bachelor’s degree in Business as well as a Master’s degree in Educational Leadership.