Luma Mufleh is the founder of Fugees Family, with schools now in Georgia and Ohio and an expanding footprint bringing educational equity to refugee resettlement communities across America. Since its founding in 2006, Fugees Family has provided over 16 years of education to refugee and immigrant youth new to American life and culture. Its education model — grounded in the Comprehensive Student Development framework– meets the unique needs of English language learners and young people who have experienced traumatic events and displacement from their home countries.

Mufleh is a Syrian/Jordanian entrepreneur, coach, and thought leader in refugee and English Language Learner education. The daughter and granddaughter of Syrian refugees, Mufleh grew up in Amman, Jordan, where she was one of the only Arab students in her class at an American school, and one of the only girls who played on her soccer team. As a young adult in a country where being gay was considered a crime, she came out to her parents and was disowned.

In 1993, she came to the United States to attend Smith College and graduated with a B.A. in anthropology in 1997. Granted asylum in the US, Mufleh navigated the broken immigration system to build a life for herself — opening a coffee shop and coaching soccer. In 2006, she founded Fugees Family, the only network of schools in the U.S. dedicated to refugee and immigrant education.

Mufleh is empowering refugee children to use their voices to reclaim and tell their own stories – shifting the narrative around refugees away from the current fear-mongering frame to one of courage, resilience, and creative potential.

Mufleh completed the Executive Program in Social Entrepreneurship at the Stanford Graduate School of Business. In 2019, she was named an Emerson Collective Dial Fellow and a Manhattan Institute Civil Society Fellow. Her 2017 TED Talk, “Don’t feel sorry for refugees – believe in them,” has been viewed more than 1.8 million times. Learning America: One Woman’s Fight for Educational Justice for Refugee Children is her first book. 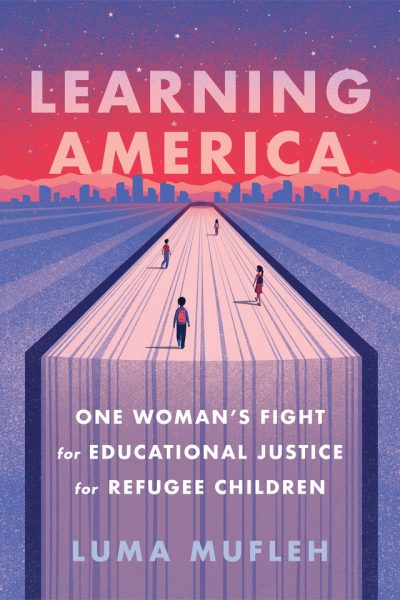