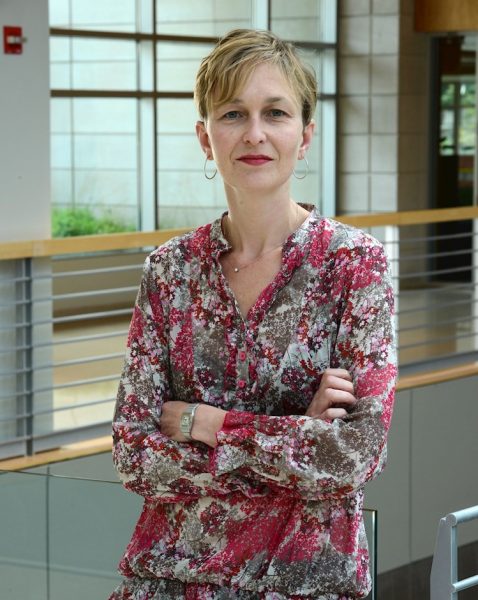 Chris P. Dialynas Professor of Economics at The University of Chicago Booth School of Business

Marianne Bertrand, Ph.D. is the Chris P. Dialynas Distinguished Service Professor of Economics at the University of Chicago Booth School of Business.

Prof. Bertrand is an applied micro-economist whose research covers the fields of labor economics, corporate finance, political economy and development economics. Her research in these areas has been published widely, including numerous research articles in the Quarterly Journal of Economics, the Journal of Political Economy, the American Economic Review, and the Review of Economic Studies.

Prof. Bertrand is a co-director of Chicago Booth’s Rustandy Center for Social Sector Innovation and the Pritzker Director of the Inclusive Economy Lab at the University of Chicago Urban Labs. She also served as co-editor of the American Economic Review.

She has received several awards and honors, including the 2004 Elaine Bennett Research Prize, awarded by the American Economic Association to recognize and honor outstanding research in any field of economics by a woman at the beginning of her career, and the 2012 Society of Labor Economists’ Rosen Prize for Outstanding Contributions to Labor Economics.

Prof. Bertrand is a research fellow at the National Bureau of Economic Research, the Center for Economic Policy Research, and the Institute for the Study of Labor. She is also a Fellow of the American Academy of Arts and Sciences and of the Econometric Society.

Born in Belgium, Prof. Bertrand received a Bachelor’s Degree in economics from Belgium’s Université Libre de Bruxelles in 1991, followed by a Master’s Degree in econometrics from the same institution the next year. She earned a Ph.D. in economics from Harvard University in 1998. She was a faculty member in the Department of Economics at Princeton University for two years before joining Chicago Booth in 2000.