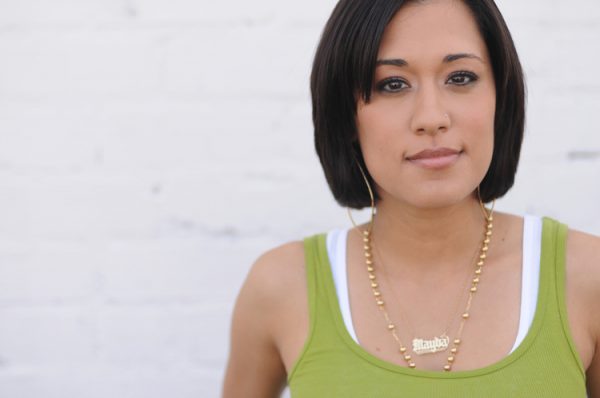 Poet and performer Mayda Del Valle has been described by the Chicago Sun-Times as having “a way with words. Sometimes they seem to flutter and roll off her lips. Other times they burst forth like a comet streaking across a nighttime sky.”

A proud native of Chicago’s South Side, Mayda got her start at New York City’s legendary Nuyorican Poet’s Cafe, where she was the 2001 Grand Slam Champion and went on to win the 2001 National Poetry Slam Individual title, becoming the youngest and first Latina poet to do so. She went on to appear on 6 episodes of HBO’s Def Poetry Jam, and was a contributing writer and original cast member of the Tony Award-winning Def Poetry Jam on Broadway.

She has been featured in Latina Magazine, The Source, The New York Times and was named by Smithsonian Magazine as one of America’s Young Innovators in the Arts and Sciences. Oprah’s “O” Magazine selected her as one of 20 women for their first ever “O Power List”, a group of visionary women making a mark in business, politics, and the arts. In May of 2009 she was invited to perform at the White House for President Obama and the First Lady.

Since 2011 Mayda has been a teaching artist with the poetry-based non-profit youth organization Street Poets, facilitating workshops around the LA area in high schools and probation camps.  She is also a dancer and vocalist with the Los Angeles based Afro-Puerto Rican bomba group Atabey, and is currently pursuing an MFA in Creative Writing at California Institute of The Arts.