The Most Rev. Michael Bruce Curry

27th Presiding Bishop and Primate of The Episcopal Church

Presiding Bishop Curry was installed as the 27th Presiding Bishop and Primate of The Episcopal Church on November 1, 2015.  He was elected to a nine-year term and confirmed at the 78th General Convention of The Episcopal Church in Salt Lake City, UT, on June 27, 2015. He is the first African-American to lead the denomination, and is a strong advocate for many social justice causes, including immigration, same-sex marriage, and racial reconciliation.

He officiated at the 2018 funeral services for both former President George H. W. Bush and Sen. John McCain, and delivered a stirring sermon at the 2018 wedding ceremony of Prince Harry and Meghan Markle.

Presiding Bishop Curry graduated with high honors from Hobart College in Geneva, NY, in 1975. He received a Master of Divinity degree in 1978 from Yale University Divinity School in New Haven, CT. He has furthered his education with continued study at The College of Preachers, Princeton Theological Seminary, Wake Forest University, the Ecumenical Institute at St. Mary’s Seminary, and the Institute of Christian Jewish Studies. He has received honorary degrees from Episcopal Divinity School; Sewanee: The University of the South; Virginia Theological Seminary; and Yale.

He has authored numerous publications including columns for the Huffington Post and the Baltimore Times. 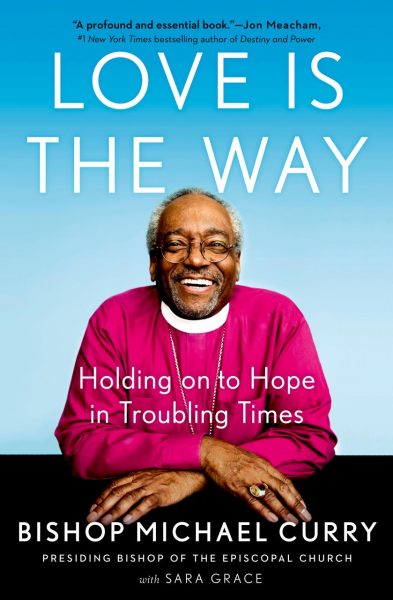