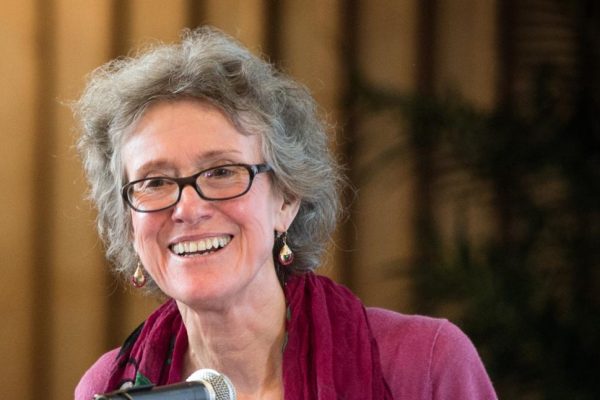 Scaling the Empathy Wall: Listening with Curiosity and Interest

Arlie Russell Hochschild, Ph.D. is one of the most influential sociologists of her generation. Professor Emerita of Sociology at the University of California, Berkeley, she is the author of nine books, including The Second Shift, The Time Bind, The Managed Heart, and The Outsourced Self. Three of her books have been named as New York Times Notable Books of the Year and her work appears in sixteen languages. Prof. Hochschild is the winner of the Ulysses Medal as well as Guggenheim, Fulbright, and Mellon grants.

Prof. Hochschild’s is, by her own definition, a social psychologist, and her specialty is the study of the emotional lives of workers and caregivers. Several years ago, she faced the fact that her liberal Berkeley life was thoroughly insulated – she did not have a single conservative friend, and she understood very little about a broad cross-section of Americans. To address this, she embarked upon a five-year research study of Louisiana’s conservative bayou country, determining to put aside her well-developed biases in search of greater knowledge and understanding of people different from herself. She wanted to truly listen, to “scale the empathy wall” in order to understand “the other side,” those whose voting histories did not match her own, whose quotidian concerns were not hers.

Prof. Hochschild sought to investigate a specific paradox: Calcasieu Parish in Louisiana, where she spent most of her time, is one of the most polluted regions of the country, and the residents are unable to fish the waters, breathe clean air, or plant crops. Yet they are hostile to government intervention, to the EPA, and to environmental regulations, and elect officials that implement policies that do not protect the health and safety of their families. Prof. Hochschild’s deep dive into bayou country reveals that, contrary to what her Berkeley friends and colleagues might presume, conservative voters are not “duped” into voting against their interests; rather, it’s that they are influenced by other more powerful forces that override their economic self-interest – they are voting for their emotional self-interest.

Prof. Hochschild’s extensive research in Louisiana, and her 5,000 pages of interview transcripts, resulted in her tremendously moving 2016 book, Strangers in Their Own Land: Anger and Mourning on the American Right. A New York Times bestseller, and a finalist for the 2016 National Book Award, Strangers in Their Own Land tracks Prof. Hochschild’s journey from her “ignorance” to a much more enlightened, nuanced understanding of “the other side.” She notes, “When you study others carefully, you reduce heat and extend light.” This event is an excellent opportunity to learn about the practice of empathy, the skills of engaged observation and listening, and the benefits of a stance of curiosity and interest when confronted with people and events we do not understand. 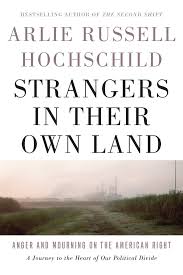