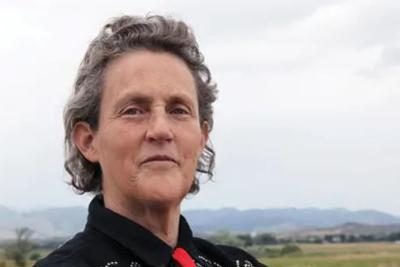 Temple Grandin, Ph.D. didn’t talk until she was three and a half years old, communicating her frustration instead by screaming, peeping, and humming. In
1950, she was diagnosed with autism and her parents were told she should be institutionalized. She tells of “groping her way from the far side of darkness” in her book Emergence: Labeled Autistic, a book which stunned the world because, until its publication, most professionals and parents assumed that an autism diagnosis was virtually a death sentence to achievement or productivity in life. Dr. Grandin is now the most accomplished and well-known adult with autism in the world, and due in part to the Emmy-winning 2010 HBO docudrama based on her life, starring Claire Danes, she has become a pop-culture icon. She presently works as a Professor of Animal Science at Colorado State University, having designed the facilities in which half the cattle are handled in the United States. She lectures around the world with a message that rigid academic and social expectations could wind up stifling differently-abled brains. She urges that parents work on building up strengths in their children with autism, rather than become obsessed with the deficits. This event is made unique by the addition of Eustacia Cutler, Dr. Grandin’s mother, who will take the floor first with a talk about raising Dr. Grandin. Ms. Cutler, a Harvard University alum, is the author of A Thorn in My Pocket: Temple Grandin’s Mother Tells the Family Story. Molly Losh, Ph.D., Principal Investigator of the Neurodevelopmental Disorders Laboratory at Northwestern University will pose questions to both women at the conclusion of their presentations. 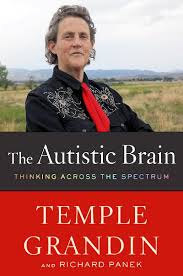